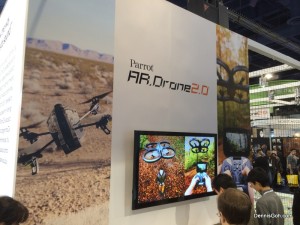 The most amazing thing for me at CES 2014 was seeing the new flying drones in action. We have all heard about the Amazon delivery drones prototype, but seeing it for yourself upfront is another thing altogether

These drones are controlled via your smartphone. As you can see from the video, they can also be programmed to follow a routine at various times of the day. The demo itself shown in this video is programmed to begin every 15min; off the screen, there is a video timer that runs down to launch every 15min.

What is incredible to me is that these prototypes are already available for pre-order sales – I believe they could be sold in retail stores as early as 2H2014. For now, they are mostly for entertainment, with a range of only up to around 35m for you fly your drone around the house, backyard or an empty plot of land. And since there is a camera fixed to every drone, you could be taking lots of pictures too from the air that I presume will be transmitted to your phone immediately 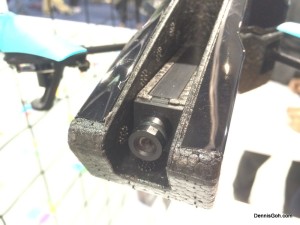 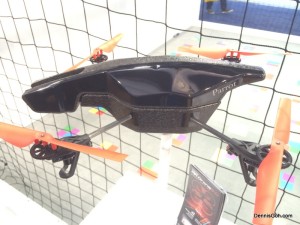 But what is driving my mind wild is really the endless possibilities that could occur with these drones – delivery of small items, sending messages non-electronically securely (a 21st century pigeon carrier – no more worries about smartphones tapping, ha!) etc. Of course, government regulations need to catch up with technology. The Federal Aviation Administration (FAA) is supposed to come up with some kind of framework for drones usage as early as next year (2015!), but I suspect that it would take time for flying drones to be freely deployed by individuals. But who knows – my bet is that by 2020, we will start to see these drones taking off big time. Once government regulations allow it, this space will explode – mark my words here

Separately, there are also ground drones. I can already see them running around the house and delivering things between rooms 😉 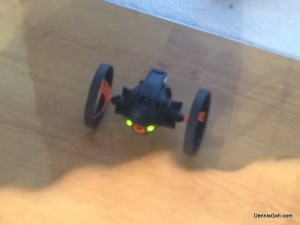 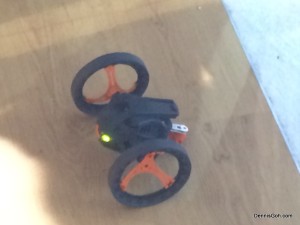 Tried to take this video of the ground and air drones performing a dance together, but my iPhone5S ran out of space at this very opportune time! So be warned, it is only 4 seconds. Oh dang!